August was so full of amazing speculative short fiction that it took my breath away. I’ve picked 11 stories here in addition to the 10 stories I picked for my B&N roundup, and I still feel like I’ve left a ton of stuff out. Read all the stories in these zines, because there is a whole lot of amazing fiction not on these lists.

Special shoutout to the brand new SFF zine Translunar Travelers Lounge – they just published their inaugural issue and it is an amazing collection of stories. 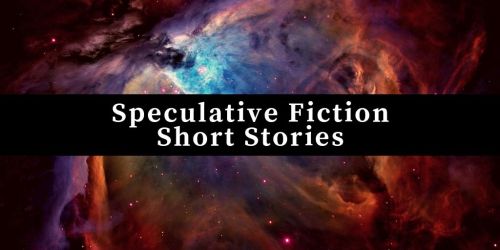 A Song for the Leadwood Tree, by Aimee Ogden in Beneath Ceaseless Skies
“She wishes she could tell him that everything will be all right. That they’ll ride forth under the banner of the leadwood tree and scourge the Buskruten from these lands forever; give them the metal for which they came to Watuk, but on the blade of a sword and the point of a spear…. But she cannot say so; cannot say a word. She is not sure she would believe it, even if she could say it.”
A fierce and bloody story about a world riven by war, but where the hope of peace and a new kind of life for the people still lingers. Ogden’s world is deep and rich, and the Queen, who wields the power of her weapons and her voice, is a fabulously complex and nuanced character. This story feels like an epic, told at short story length. Magnificent prose.

Well Wishes, by Lucille Valentine in Vulture Bones
“I was four years-old the first time I drowned. We had gone to the lake, a dark stain seeping into the red earth’s cupped palm, and you took your eyes off me for just one moment, which was all I needed.”
A lyrical and powerful story about transformation and longing for something and somewhere else. Death lurks at the edges of the story, but it’s the kind of death that seems more like a kind of unexpected change than the end of everything.

The Happiest Place, by Kevin Wabaunsee in PseudoPod
“I’m not just weaving a magical amusement experience for the guests. I’m also doing my damnedest to protect the guests from what the Funventors have termed “the unwanted encroachment of reality.””
A darkly hilarious, yet also terrifying and deeply unsettling story set in a future amusement park where everything is great and terrific and FUN, except maybe not really. The external reality is revealed to be rather less than perfect, but it’s really what’s going on inside the mind of the performer in the giant foam head — the desperate levity, mixed with anxiety and terror — that makes this such memorable horror tale.

Three Tales the River Told, by Stewart C. Baker in Nature Futures
“Nothing lived up here in these heat-stroked mountains, not since the Yellow River’s slow death had driven people away — first to the ocean’s edge where water could be desalinated and used to survive, and then into the cavernous city-states they’d built beneath the earth. Even that had been ages ago, back in her own mother’s childhood.”
A quiet, moving story from a future where large areas of the Earth’s surface are no longer safe to inhabit. Siu Fan is visiting the surface world, streaming what she sees to her followers at home, but the trip ends up affecting her more deeply than she thought it would.

Knitting in English, by Brit E. B. Hvide in Cast of Wonders
“Looping the thread over her needle, Kari caught the sun in her knit. It was an old spell: warmth trapped in rows of neatly patterned wool to stave off the winter wind. The first spell her pappa taught her. The only one she knew.”
A lovely and uniquely imagined story about a girl who is trying to use the spell her Norwegian father taught her to knit a scarf. I love how this story delves into what it’s like to grow up with different languages and cultures in your family, and how you can feel both connected and disconnected from that heritage and from those languages. I also love how it gently makes the point that you have to try to combine the different strands of your life into something of your own.

Sorry, Wrong Number by Tonia Thompson in Nightlight
Nightlight is a podcast featuring ” Creepy stories with full audio production written by Black writers and performed by Black actors”. This story features some awesomely silky smooth and menacing narration by Dominick Rabrun, and it is a dark, twisty and NSFW tale with an ending that took me by surprise.

Fare, by Danny Lore in Fireside
“The change always starts at the back of DeShaun’s neck, and it takes everything not to claw the beast out — to not let it peel him open along his spine like pages of a book.”
This werewolf story takes place over a short period of time in the confines of a taxi, but it is tense and taut and riveting, telling you a whole lot about the world and the people in it. Masterful, evocative storytelling by Danny Lore.

Cerise Sky Memories, by Wendy Nikel in Flash Fiction Online
“I remember a childhood that didn’t exist.
Hot apple pies cooling on park benches. Small toes pressed into scorching white sand. Snowball fights leaving crisp, crunchy ice crusted in the collar of my coat.”
In this future world, some people have been genetically engineered and “produced” to be used in the workforce. But what happens when you’re one of the “older models” and you get decommissioned? A quiet, moving story about memories and humanity, and what makes us who we are, and what makes us human.

The Horrible Deaths of Helga Hrafnsdóttir, by Christine Tyler in Podcastle
“Thanks to her mother’s vigilance, Helga Hrafnsdóttir outlived all the ill fortunes of her infancy. But from that time on, everyone knew the girl was destined for a gruesome fate.”
This is a fantastic story about a place where girls get told their future fate by the flowers of the Ævilok tree. “Normal girls had dozens of flowers that showed visions of contented grandmothers holding their loved ones’ hands.” But not Helga. All the flowers foretell a gruesome fate for her. When it’s time for Helga to climg the tree and pick her fortune, things do not go the way they usually do. A wonderful, strange, dark, and wild story that has the bite and the flavour of a fairytale.

Growing Resistance, by Juliet Kemp in Translunar Travelers Lounge
“Mathias wants to fix all of this, for everyone, and goodness knows he’s right. But I can’t do what he does. I do what I can do, instead. I keep people alive when I can, as much as I can. That’s good, right? It never feels like enough.”
I love this story about resistance in a dystopian future. I love its nuanced take on what it’s like to try to resist, to try to make a difference, even when you struggle with how to do that. This isn’t a story about grand and heroic deeds in the classic Hollywood movie manner, but it is a story about everyday people, and everyday courage.

Blood Is Another Word For Hunger, by Rivers Solomon at TOR.com
“Sully’s whistley, syncopated pants could’ve been the dying wheezes of a sick coyote or the first breaths of a colt, the battlesong of a screech owl, a storm wind. Sully closed her eyes. In the darkness and quiet of the barn, she could hear every night sound as loud as a woman hollering a field song. The music of it entered her, and she succumbed.”
A fierce and bloody story about revenge, but more about what comes after, how a slave girl named Sully becomes more powerful than she could have imagined, giving birth to the dead, and claiming part of the world of herself and others. I love Solomon’s beautifully crafted prose, and the way that beauty intertwines with the darkness at the heart of the tale.

1 thought on “11 outstanding stories I read in August”