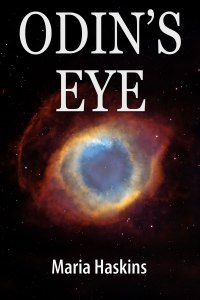 I just submitted my ebook Odin’s Eye to Amazon today, after wrangling with making a new version of the script for upload. The formatting is somewhat different than Smashwords rather stringent style-guide. (Smashwords converts your file into various different formats, while Amazon publishes in .mobi for Kindles and the Kindle App.) At least it was a fairly easy process once I got around to it, mainly because that stringent Smashwords style-guide helps you make a rather well-formatted document.

One wrinkle: Amazon’s auto spell-check found one (1) spelling error I had somehow managed to miss. I almost had a heart attack. Initially it showed four errors, but three were “intended” so that’s alright. The one error was the result of a last minute edit (of course) and corrected versions have now been uploaded everywhere and the book will still be available March 16th. 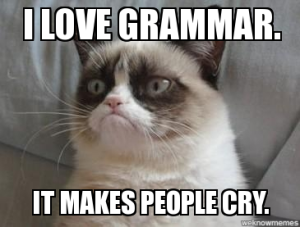 Right now, less than a week away from the publication of Odin’s Eye, nothing gives me the cold-sweats like thinking about spelling mistakes and grammar errors. I’m sure there are some in my script because that is just the nature of the beast, but the perfectionist part of me is seized with horror thinking about it.

I write in Word, mostly, but often have to turn off Word’s auto spell- and grammar-check because I don’t always write grammatically correct: especially when I’m writing dialogue. But even when I’m not writing dialogue, a well-chosen “error” is sometimes more expressive than the correct way of saying something.

Spell-check is often very useful, but not always, and the worst part is that it doesn’t always capture the times when you spelled something right, but used the wrong word. Even grammar-check can’t always save your from that!

Language, especially when you’re writing fiction or poetry, is not a clean, pristine thing that you can just hang on the wall and put on a pedestal and think of as perfect and complete. It’s often dirty, messy, ambiguous and ever-changing. That’s the attraction and the horror of it. The way a writer chooses to tell a story, the language we choose to use, the words we pick, even the way we write them or place them on the page, all of it is a wide-open world of possibilities.

There was a time when none of us had those little red lines on the screen to tell us something didn’t match the dictionary. There was a time when everyone wrote by hand, or typed things out on a typewriter. Was that better? Hardly. I need only remember the joys of Tipp-Ex, and ripping paper out of the typewriter and tossing it in the bin to know that. And yes, auto spell-check has saved my butt many times, as it did again today. Sure, it was only one error, but still: I was able to correct it ahead of publication.

One final thought: If you have an editor (I don’t have one currently) give them a hug of appreciation today: they’re worth it.

1 thought on “Spell-check and other horrors”